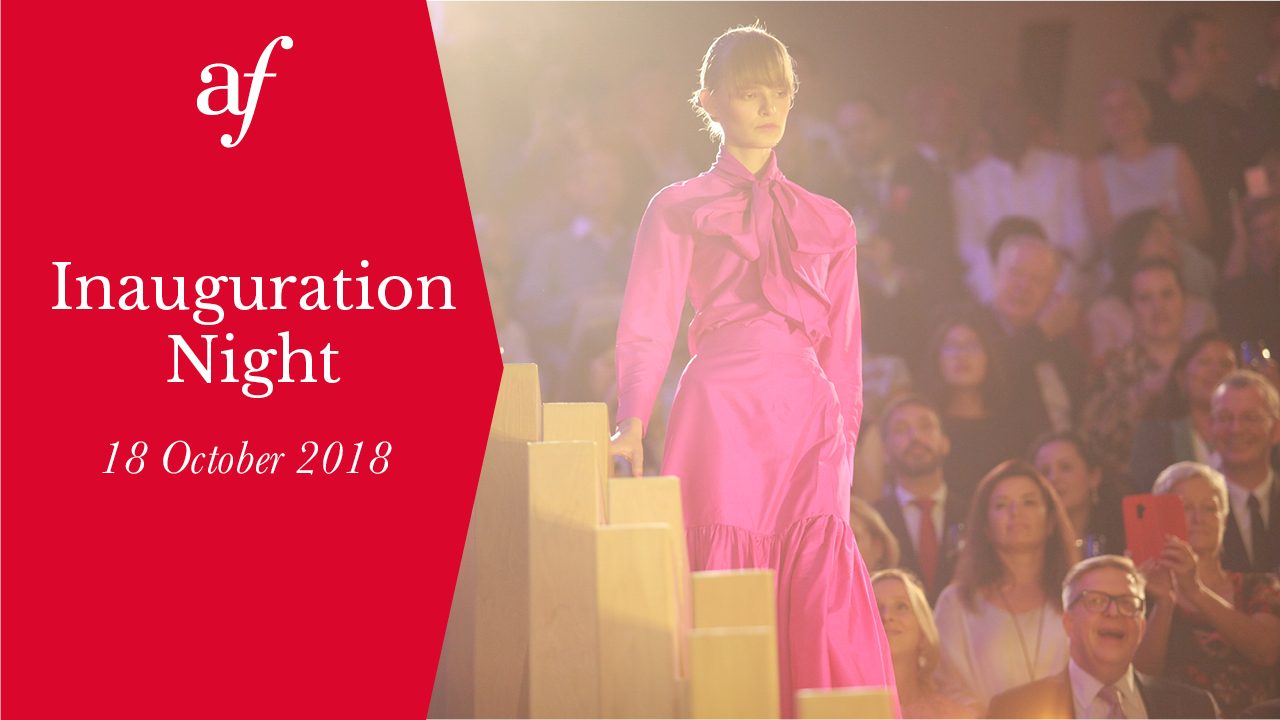 Climax of Alliance Française Bangkok’s Inauguration Festival, the official inauguration of the new building was on October 18th 2018. Two phases for the inauguration day: 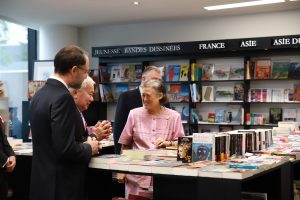 After the official speeches, in the new auditorium, the Princess visited 6 class rooms, each one dedicated to one country of the Francophonie who has an Embassy in Thailand (Belgium, Canada, Luxembourg, Morocco, Romania, Switzerland). She met there the Ambassadors of those countries who presented her the decoration of their class room.

Then the Princess visited the Media Library, she discovered the monumental painting of Yan Pei-Ming presented for within the framework of the first Bangkok Art Bienneale, then bought many books at the French bookstore Carnets d’Asie, before tasting pastries of Café Mademoiselle.

She left the building after 2 hours on site and the inauguration continued with a gala cocktail who gathered 250 v.i.p. guests.

The gala started with the speeches of HE Mr. Jacques Lapouge, French Ambassador-Designate to Thailand and Bertrand Commelin, General Secretary of Fondation Alliance Française. Then the classical pianist Philippe Guilhon-Herbert paid tribute to Charles Aznavour. Afterwards the guests gathered on and around the main stairs for the unvealing of the monumental masterpiece of the painter Yan Pei Ming, in his presence. Later they enjoyed the fashion show by the Thai fashion designer Tawn C.