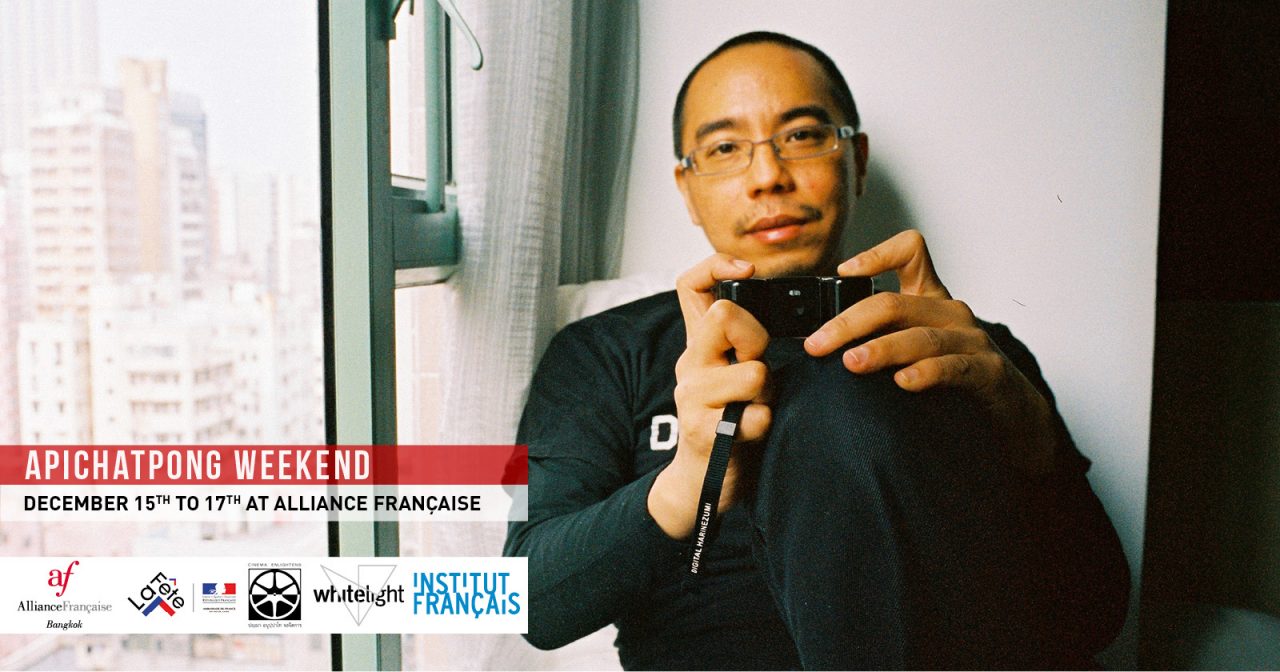 Alliance Française Bangkok is thrilled to present a very special weekend in the presence of Director Apichatpong Weerasethakul.

Apichatpong grew up in Khon Kaen in north-eastern Thailand. He began making film and video shorts in 1994, and completed his first feature in 2000. He has also mounted exhibitions and installations in many countries since 1998. Often non-linear, with a strong sense of dislocation, his works deal with memory, subtly addressed personal politics and social issues. His art projects and feature films have won him widespread recognition and numerous festival prizes, including the Palme d’Or at Cannes Film Festival 2010.

[In the presence of Apichatpong Weerasethakul]

83 min | In Thai with English subtitles

[In the presence of Apichatpong Weerasethakul]

94 min | In Thai with English subtitles

105 min | In French with Thai and English subtitles

In Paris in the near future. Aging thieves Marc and Hans owe money to a tough American woman who gives them two weeks to pay. They scheme to steal and sell a new serum for a disease that’s killing lovers, but they need someone with quick steady hands. They recruit Alex, a disaffected youth who’s breaking up with Lise, his 16-year-old girlfriend. In the few days before the theft, Alex becomes enchanted with Anna, Marc’s young mistress. They talk, they play, they sing, but she’s in love with Marc. Lise hasn’t given up on Alex either, and she comes to Paris on the day of the theft. There are double crosses, a daring rescue, and, for Alex, a waiting plane. Will he make it?

102 min | In Thai with English subtitles

Something magical is in the air. Times are happy and love is uncomplicated for young soldier Keng and country boy Tong. Pleasant evenings with Tong’s family, song-filled nights in town… Then life is disrupted by a disappearance. And some kind of wild beast has been slaughtering cows. Local legends say a human can somehow be transformed into another creature… Then begins a tale of a soldier who goes alone into the heart of the jungle, where myth is often real.