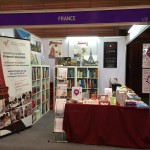 France was the special guest of this seventh International Book Fair in Bangkok, from March 26 to April 6. Inaugurated by H.H the Princess Sirindhorn, this event was a success since we hosted over one million and a half people and generated a turnover of 13 millions EUR.
The French booth and all the conference rooms have hosted lots of writers, lecturers, scientists, Southest Asia experts, translators from France. Bernard Werber, François Lelord, Morgan Sportès, Claire Keefe-fox, Anna Moï, Frédéric Lepage participated in panel discussions and signing sessions. The Thai public knows well Bernard Werber, since a couple of his books are translated into Thai. The novels of Morgan Sportès and Claire Keefe-Fox, focus on the history of Thailand and especially the rich period of exchanges between King Naraï and Louis XIV. “For the greatest glory of God”, by Morgan Sportès, has been sold more than fifteen thousand copies in its Thai version. In terms of essays and conferences, the public was able to appreciate the quality of French research on Southeast Asia, with the publications of IRASEC, the Mekong editions of the EFEO.

Great sucess for our country, this event has been a great opportunity to strenghten the Franco-Thai relationships and to create new vocations for French, as demonstrated by the public’s interest at Alliance Française and the Lycée français international de Bangkok. 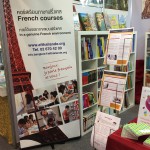 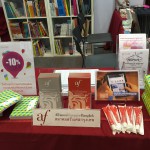 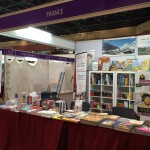