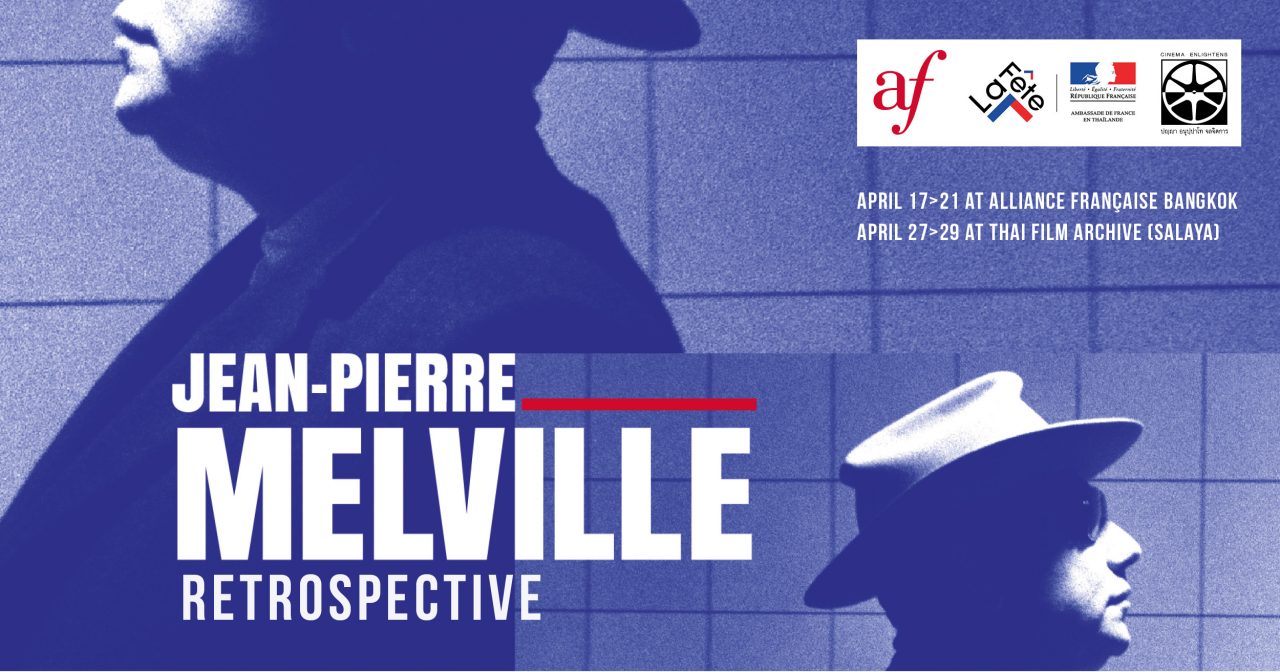 A major figurehead of film noir and world cinema, French director Jean-Pierre Melville is an inspiration to many acclaimed contemporary directors, such as Quentin Tarantino, Johnnie To, Aki Kaurismäki, Pen-ek Ratanaruang or Michael Mann.

On the occasion of his 100th birthday, Alliance Française Bangkok is pleased to feature the most famous of Melville’s movies, documentaries about his work and famous films paying a striking tribute to the celebrated French director.

After losing big, an aging gambler decides to assemble a team to rob a casino.

Set during occupied France, a faithless woman finds herself falling in love with a young priest.

A burglar betraying other criminals, prepares for a big heist with a trusted friend that might be as untrustworthy as he.

An account of underground resistance fighters in Nazi-occupied France.

IN THE MOOD FOR MELVILLE

A documentary about Melville’s influence on contemporary Asian filmmakers.

I HIRED A CONTRACT KILLER

A man attempts suicide, but can’t go through with it, so he hires a contract killer to murder him at some unspecified time. 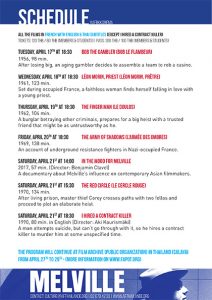